Staff member
As the title says. Will leave this open for a little while.

Staff member
Do we want to pick something spooky for October? And can anyone think of some good stories set in the Fall season or that may involve Thanksgiving for November??

Staff member
Could also go for crime or thrillers. 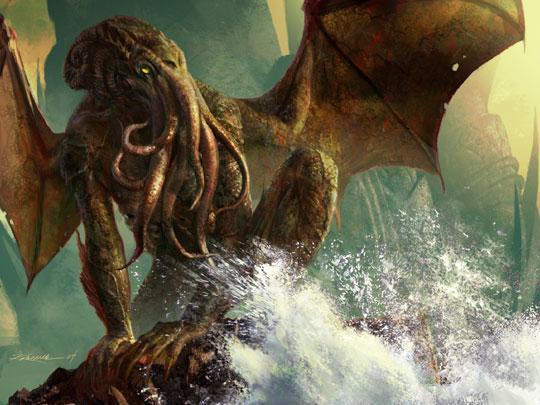 How about Mr B. Gone by Clive Barker? The master of rainbow coloured gore.

Lovecraft is incredibly dry and I doubt many would read it now. It is very dated.

SuperReaderGirl said:
Do we want to pick something spooky for October? And can anyone think of some good stories set in the Fall season or that may involve Thanksgiving for November??
Click to expand...


Guy Fawkes night is also in November.
The correct month for Walpurgis Night is actualy in April.

Roxbrough said:
The correct month for Walpurgis Night is actualy in April.
Click to expand...

Walpurgisnacht has nothing to do with Halloween.

Staff member
I guess we should take into account that different countries have different holidays. I am obviously operating from a US viewpoint. Regardless of what holidays are when, are we okay choosing something somewhat spooky for October?

So far, our suggestions seem to be:

Mr. B. Gone by Clive Barker - "The Mister B. of the title is Jakabob Botch, a demon whose ghastly past could make even the most merciless sociopath whimper in sympathy. Born in the deepest regions of hell, the spawn of an abusive drunkard and his whorish wife, Jakabob escapes to the world above after suffering fiendish torture. Once topside, he lands conveniently in 15th-century Mainz, the home of printing inventor Johannes Gutenberg. However, Mister B. isn't interested in merely observing history; like any other self-respecting diabolical being, he's just searching for a new demonic angle. A ghoulishly good fright fest."

"Lovecraft"....maybe The Best of H.P. Lovecraft: Bloodcurdling Tales of Horror and the Macabre - "This is the collection that true fans of horror fiction have been waiting for: sixteen of H.P. Lovecraft's most horrifying visions, including Lovecraft's masterpiece, THE SHADOW OUT OF TIME--the shocking revelation of the mysterious forces that hold all mankind in their fearsome grip.
"I think it is beyond doubt that H.P. Lovecraft has yet to be surpassed as the Twentieth Century's greatest practitioner of the classic horror tale."
--Stephen King
Should we pick just one from this collection? (The compilation is 406 pages)

I've been curious about this one, so I'll suggest The Graveyard Book by Neil Gaiman - "After the grisly murder of his entire family, a toddler wanders into a graveyard where the ghosts and other supernatural residents agree to raise him as one of their own. Nobody Owens, known to his friends as Bod, is a normal boy. He would be completely normal if he didn't live in a sprawling graveyard, being raised and educated by ghosts, with a solitary guardian who belongs to neither the world of the living nor of the dead. There are dangers and adventures in the graveyard for a boy. But if Bod leaves the graveyard, then he will come under attack from the man Jack—who has already killed Bod's family . . . Beloved master storyteller Neil Gaiman returns with a luminous new novel for the audience that embraced his New York Times bestselling modern classic Coraline. Magical, terrifying, and filled with breathtaking adventures, The Graveyard Book is sure to enthrall readers of all ages."

I don't think I've ever read a "Headless Horseman" story, but have only seen clips of movies....does anyone have a favorite version?

Let's come up with a few more suggestions and then we can vote!

I'm pleased you liked the suggestion but are you not jumping the gun?

Thank you Supereadergirl, I now have my copy of Mr.B.Gone ready for October.

Roxbrough said:
Thank you Supereadergirl, I now have my copy of Mr.B.Gone ready for October.
Click to expand...

I hope you enjoy the book! We haven't yet selected a book for Book of the Month, but you can vote on the title here: http://www.bookandreader.com/threads/vote-for-october-november-botm.27528/

Staff member
Looking at the poll, I'll be too.

Closing this thread as no longer relevant.