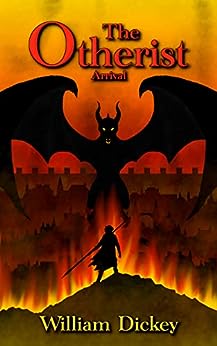 The Aurora Incident, the Great Transmigration, the Immortal Arrival, and that time I suddenly got video game powers, everyone had their own name for the day that nature’s most divine laws were bent and the boundaries between worlds were violated. To the humans remaining on Earth, it was the day that a million people vanished in an instant, carried away by columns of light descending from the heavens. To Isaac Stein, an ordinary 17-year-old boy, it was the day he got a fresh start.

Isaac finds himself on Tautellus, an alternate version of Earth filled with magical beings thought to exist only in legend. Isaac struggles to establish new ties and harness his newfound game-like abilities, but just as he begins to thrive in his new home, it is savagely ripped away by the invasion of a hostile nation.

Driven to prevent others from meeting the same cruel fate, Isaac must brave the harsh wilderness, overcome betrayals, and wage war for his survival. In the meantime, he stumbles upon secrets of a long-lost magitechnologically advanced civilization and their ancient enemy. An enemy that now seeds war and chaos throughout the land as they attempt to seize both Tautellus and Earth.
You must log in or register to reply here.
Share:
Facebook Reddit Pinterest Tumblr WhatsApp Email Share Link
Top