Book three in Mira Ahonen's Black Souls MC series, gonna be free for the next five days (starting Saturday, May 16) as a part of the promotion.

Synopsis:
Shy violin player Brenna still lives at home, completely dominated by her overbearing extended family. Chance meeting with Ice, in which he ends up saving her from being robbed or worse, ends up changing the course of her life forever.
Ice is a sergeant at arms in the Black Souls MC. His brothers named him Ice for his cold demeanor and the utter absence of any and all emotions. But what you think you see is not always the truth. Underneath the surface lies a complex man who worries about the way his SAA duty fell in his lap and even more about the fact that he just might be not good enough for Brenna. And neither is his club.
This is a complete and standalone novel and may be read as such. However, some characters out of the first two novels in Black Souls MC series (Awakening and One More Time) appear. 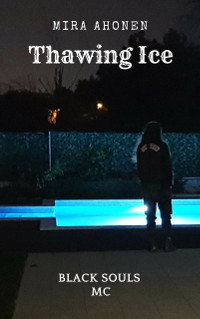